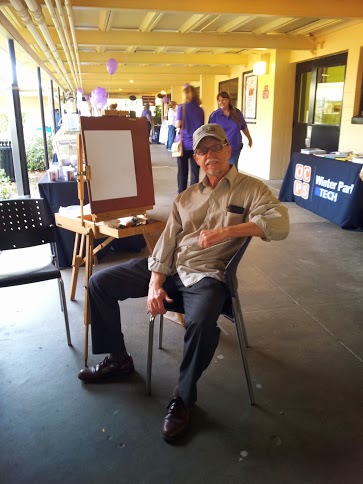 History of a Caricaturist

Art Gann began his career as a caricature and portrait artist in 1975, training with Rubio Artist Company and working in the Walt Disney World Attraction.

In 1977 Art Gann was hired by Walt Disney World as a caricaturist. He also worked with Michael Hanson Artist’s in the Circus World and Wet & Wild attractions.

In 1987 Arthur opened a caricature entertainment concession in Old Town. Art worked on perfecting his color technique and created a style that catches the likeness of his subjects, emphasizing their essence, which cannot be replicate through a photograph.

He began drawing classic cars with his subjects driving in Old Town scenes. In 2001, deciding to spend more time with his family he began working as a freelance artist and works making candles using his artistic skills as a colorist and designs some of the most unique candles

Don't Be Shy. Get In Touch.

If you are interested in working together, send me an inquiry and I will get back to you as soon as I can!